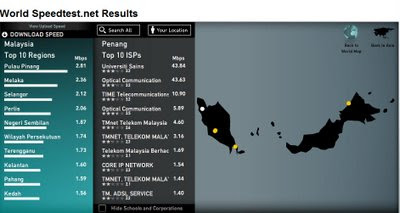 Just to answer some complains.

Years ago a so called PostGrad student complain about USM's internet connection. He reported it to a well known local newspaper. He claims that internet are so slow, no wonder we're out of QS-THE Survey World University Ranking top 200.