Email ThisBlogThis!Share to TwitterShare to FacebookShare to Pinterest
Malaysia 'wins' a gold medal at the Rio Olympics. It is won by 'Yusuf Persekolahan'. These are 2 mistakes that has been made by media. 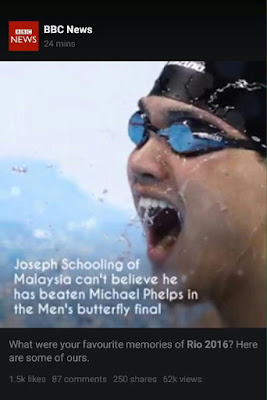